The opening and operation of a nursing school in 19th century Minnesota were heavily influenced by the staffing needs of the particular institution. And so it was the case for the Hospital of St. Barnabas, which grew from the old Cottage Hospital and opened its school of nursing in 1894.

The early school most likely incorporated some of the "Nightingale principles," after the famed nurse Florence Nightingale who many consider the founder of modern nursing: Compassion, Commitment, Intelligence, and Training.

Some early requirements for admission: "Three Letters of recommendation, one a statement as to the prospective student's health by her family doctor, the other two character references, one of which was to be written by a pastor..."

Various Age requirements for acceptance into the St. Barnabas School of Nursing:

1915, excerpt from "Instructions for Probationers":

By 1948, academic entrance requirements had to fit with the University of Minnesota standards of admission. At this time Science and Social Science course were taken at the University as part of the first two-quarters of study at St. Barnabas. There was also a pre-entrance nurse aptitude test for prospective students.

In the 1960's men were admitted into the school of nursing. There was also a work program for second and third-year students who could be employed as unlicensed practical nurses during off-duty hours. First year students could be nurses aides.

In 1970, St. Barnabas Hospital became a part of the Metropolitan Medical Center along with The Swedish Hospital and St. Andrews Hospital. This was the end of the nursing school. 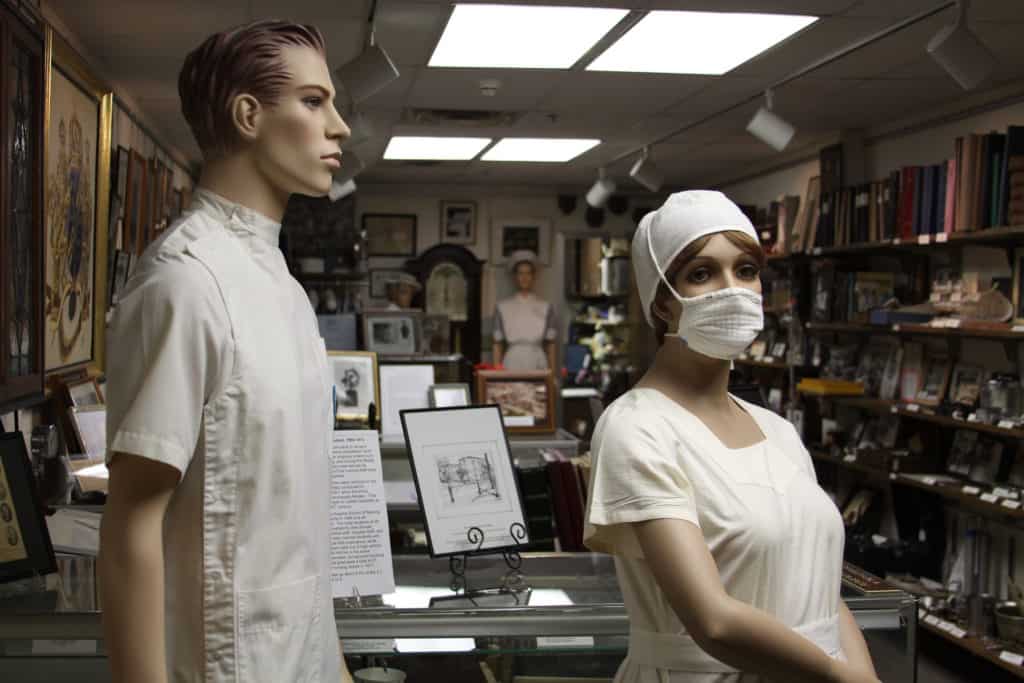 Tuesdays and Thursdays
10 am - 2 pm
Tours are available upon request.

Our permanent collections are operated by the Hennepin Health Foundation.

Make a Donation to the Hennepin Medical History Center