Hospital Administrator, Bill Kreykes and Hillie Prose, Director of Emergency Nursing took a one day tour through the vacated "Old General Hospital" shortly after the move to the new buildings. As they walked through the empty halls and wards there was a sense of loss and sadness. 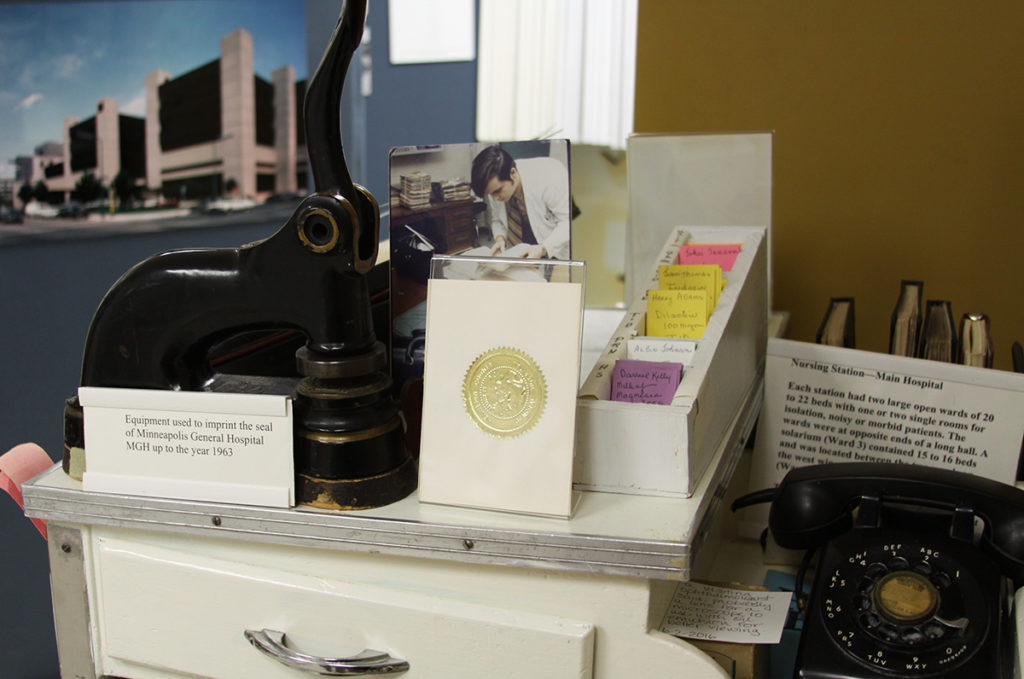 Thus began the dream of developing a plan to save the history of the old hospital. Items were tagged and a history manager was hired to organize and preserve written documents of administrative importance – faded papers with political decisions, old newspapers, the blueprints from the 1901 City Hospital, the 1920 MGH Building and the 1964 HCGH to name a few. The collection of photographs and records were found in a small room on the sixth floor of the Old Nurses Home – Harrington Hall.

The first 'Archive Committee' consisting of Hillie Prose, Donna Hoover, Harry Bloomquist and Audrey Kuhne was formed in 1987 to help celebrate the hospital's 100 Year Anniversary. The Service League reserved a basement space for the Museum and it officially opened in 1994.

Thus began the HCMC History Collection which is a lively look at the field of healthcare, general patient care, and medical procedures at the Hennepin County Medical Center.

Operations of the Collection are financed by donations and fundraising. In addition to a paid curator, the collection is cared for by volunteers.